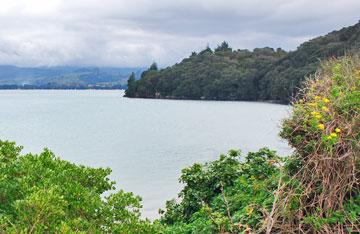 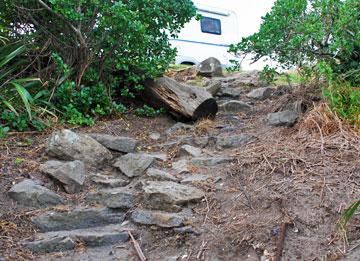 Stone staircase to the beach 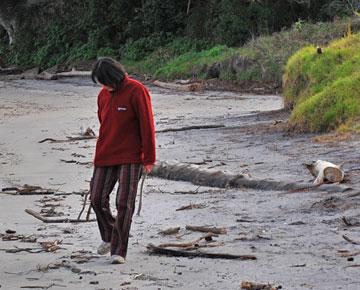 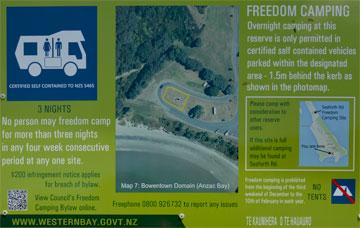 Anzac Bay is a prime location!

It is large reserve set against a backdrop of forested hills, with plenty of trees for shade in the summer. It is open and spacious, with on-grass parking even for large motorhomes.

Set a little above the beach, the paths down to the beach have been made from large stones, giving the appearance of a natural walkway, while still preserving the sand dunes.

The beach is sheltered, and perfect for pretty much whatever you might want to do - except for surfing. You've got the ocean beach for that.

We arrived in mid-winter, having just checked out the ocean beach parking areas where we felt the full blast of the blustery cold weather that was doing everything but rain. Arriving in Anzac Bay was like entering another world - sheltered from the wind, it had its own micro climate.

We went for a walk along the beach, staying rather longer than we had intended.

You can park overnight for a maximum of 3 consecutive nights is you are self-containted . And why wouldn't you?

Futhermore, the Bowentown Holiday Park is just around the corner on the ocean beach side of the peninsula, so you can easily check in for a night if you need to top up on power, water, and empty the waste, and have a nice hot shower.

This would rate as one of our favourite locations. We'll definately be back when the weather is warmer.

We returned to meet up with some friends. The parking area was being very well used, even in late Autumn, so it pays to arrive early.

I've added in some more pictures, including a stunning sunset we got to enjoy over a barbeque dinner.

There also some excellent walks to explore.

The Western Bay of Plenty council have reduced the area available for freedom camping to the far end of the reserve, as detailed in the sign.

Freedom camping is prohibited from the beginning of the third weekend of December to the 10th February each year.

The reason for the change is because it is a very popular location, enjoyed by local people as well as motor caravanners. 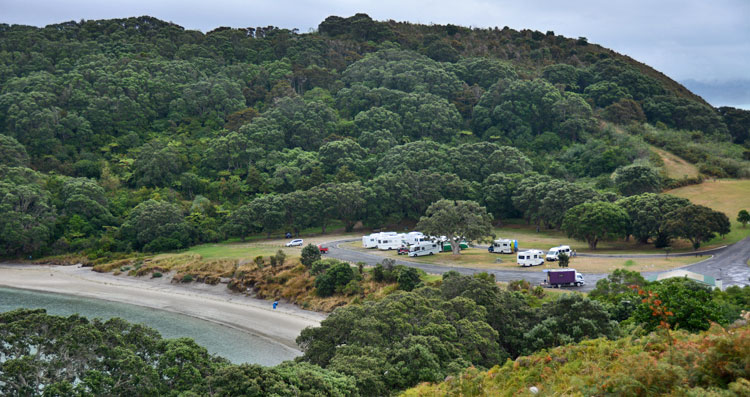 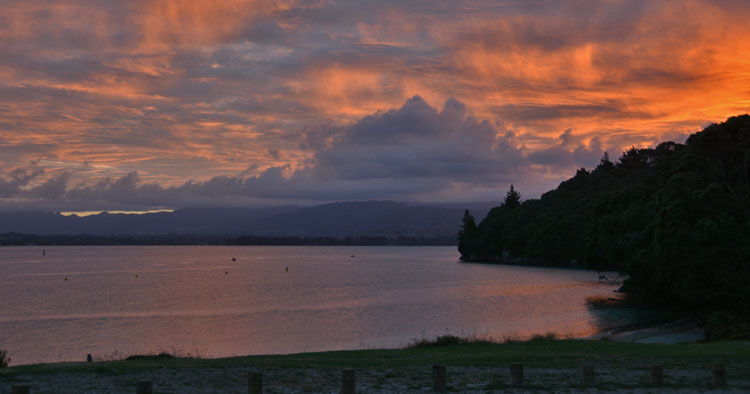